How safe is vaping? New human studies assess chronic harm to the heart and lungs: Read the ongoing research here 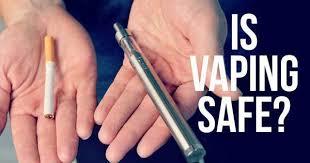 Reports of lung injuries from e-cigarettes splash across the news these days, but the nicotine-delivery devices are also spawning a quieter worry: whether users risk long-term health effects that may not manifest for decades. Studies in animals and people are now starting to probe whether e-cigarettes pose chronic risks to the lungs and cardiovascular system and how the chemicals they contain might disrupt healthy biology.

E-cigarettes are battery-powered devices containing nicotine and other substances, such as solvents, that dissolve the nicotine and flavourings that enhance their appeal. Heat converts the mix into an aerosol that users inhale. Manufacturers tout e-cigarettes as tools to help smokers quit, although data are mixed. But one thing is clear.  Millions of young people who didn't smoke cigarettes have taken up vaping. And given that e-cigarettes vary more than conventional cigarettes in their chemical composition, "We're asking medical science to do a huge, heavy lift" to pinpoint health impacts across people, says James Stein, a preventive cardiologist at the University of Wisconsin in Madison.

He, and others, believe they have no choice but to try. This month, the National Heart, Lung, and Blood Institute gave a boost to studies of acute and chronic effects when it announced supplemental funds for ongoing e-cigarette research, on which the institute spent $23 million this year.

E-cigarettes have been around in some form for decades but began to soar in popularity about 5 years ago, thanks to thousands of flavouring options and new delivery methods that more closely mimic smoking.  Today, about 13 million people in the United States use them, as do millions more worldwide. In March, one hazard emerged when acute lung injuries began to strike; U.S. cases now approach 2300, with 47 deaths.

"We were all taken by surprise" by those lung injuries, says Peter Shields, a medical oncologist who specializes in lung cancer at Ohio State University's Comprehensive Cancer Centre in Columbus. They look unlike anything seen in cigarette smokers. Health officials now suspect the injuries are linked to a vitamin E oil added to e-cigarettes containing tetrahydrocannabinol, better known as THC.

Animal studies are already yielding clues about longer term effects of e-cigarette use. In September, a paper in “The Journal of Clinical Investigation” described mice exposed to e-cigarettes for 4 months, nearly one-quarter of their life span. Farrah Kheradmand, a pulmonologist at Baylor College of Medicine in Houston, Texas, who led the work, says that, at first, "There was absolutely no emphysema, nothing" in the animals that inhaled aerosol from e-cigarettes. That finding jibes with earlier research showing combustion products are the cause of airway inflammation in smokers.

Then Kheradmand's graduate student Matthew Madison showed her slides of the animals' lung tissue.  Farrah did a double take.  Immune cells called macrophages were swollen with fat, an abnormality.  Kheradmand guessed at first that the cells had gorged on vegetable glycerine, which is used as a solvent in vaping liquids.  But when the scientists cracked open the macrophages, they found they were mistaken. "I couldn't sleep at night," Kheradmand says. "Where is this fat coming from?"

Further experiments revealed a likely explanation.  Macrophages protect the body from infections, but they also help recycle lung surfactant, a mix of proteins and lipids that coats the inside of lung air sacs and aids gas exchange.  Vegetable Glycerine and another solvent in e-cigarettes, propylene glycol, are "capable of not only dissolving nicotine, but dissolving anything that comes their way, including the surfactant," Kheradmand says, and her work suggests the macrophages were filled with the type of fat in surfactant. Affected mice seemed healthy, but when Kheradmand exposed them to a flu virus, those with swollen macrophages died, suggesting their ability to battle infection had weakened.

Another vexing concern is whether, like smoking, vaping can lead to cancer. Scientists believe e-cigarettes are likely to be less carcinogenic than tobacco, but last month, a team from New York University School of Medicine in New York City reported in the “Proceedings of the National Academy of Sciences” that mice exposed to e-cigarettes for 54 weeks had an increased risk of lung cancer and showed changes in bladder cells that presage cancer there.

No one knows whether the mouse findings will translate to people.  But they reveal "some of the things we should be looking for," says Thomas Eissenberg, a psychologist who co-directs the “Centre for the Study of Tobacco Products” at Virginia Commonwealth University in Richmond, and serves as a paid consultant in litigation against the tobacco and e-cigarette industries.

Eissenberg is among those pushing for more human studies. He has applied for funding to work with colleagues who would perform bronchoscopies on healthy e-cigarette users and healthy controls. Unlike, say, the skin or the gut, which are adapted to manage outside assaults, "The lungs don't have a powerful defence mechanism," he says. "Once things get into the lungs, they can cause a lot of trouble." Eissenberg wants to look for the lipid-filled macrophages that Kheradmand saw in animals.  And, he adds, "I'm worried about the throat and the upper airways." Vegetable glycerine and propylene glycol can dry up tissues, and they're being inhaled across "membranes that are trying to be kept moist," Eissenberg says. "I wonder what the long-term effects of that aridity are going to be."

Shields is one of few researchers who has already probed human lungs for e-cigarettes' effects. Last month, his group published a paper in “Cancer Prevention Research” that compared 15 healthy volunteers who used e-cigarettes without nicotine for 4 weeks with 15 people who never smoked or vaped. (He did the study before concerns about acute lung injuries surfaced.)  Bronchoscopies on the vaping volunteers showed minimal but measurable signs of inflammation in lung tissue and lung fluid. He is now recruiting for a larger trial of 145 people, to include smokers transitioning to e-cigarettes, as well as long-term e-cigarette users.  It will look for markers of inflammation; gene expression patterns; the balance of bacteria in the lungs, mouth, and throat; and other signs of lung health and disease. "I have no idea what we're going to see," Shields says.

Because cigarette smoking causes cardiovascular disease, researchers wonder whether vaping has similar effects. A study this month in the “Journal of the American College of Cardiology” found some improvements in heart health among 74 smokers who switched to e-cigarettes. But both habits deliver a host of chemicals that are absorbed across the lining of the lungs. And concerns remain about non-smokers who take up the habit, as well as smokers who try vaping to quit their habit but end up using both forms of nicotine.

Stein is now recruiting 440 volunteers, all of whom either use e-cigarettes exclusively, smoke and use e-cigarettes, or do neither. His team is gathering physiological measurements before and after vaping or smoking, including heart rate, blood pressure, artery-thickness and stiffness, and aerobic function while running on a treadmill. The researchers will also collect data on the e-cigarettes themselves, to see whether different products vary in their health effects.

It was decades before science laid bare the long-term risks of cigarettes to human health. Stein and others are hoping that for e-cigarettes, that timeline will be far shorter. Right now, he says, "We have no idea what the harm is."