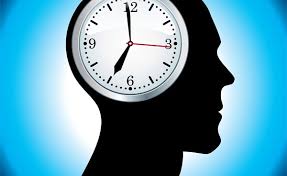 At the moment, with all the Covid uncertainty, people are more stressed and sleeping issues have increased, as reported by the NHS. This can not only effect your daily routine, but can actually create further health implications, as per the results of a recent study.

"People who experience disrupted 24-hour cycles of rest and activity are more likely to have mood disorders, lower levels of happiness and greater feelings of loneliness," was the conclusion of a study published in the peer-reviewed journal, The Lancet Psychiatry

Researchers wanted to see if disruptions to the 24-hour "body clock" of rest and activity (circadian rhythm) had an impact on mental health.

They used wearable fitness-tracking devices to assess the physical activity of 90,000 people in the UK, and then compared the results with associated questionnaires looking at mood and mental health outcomes.

They found that people who were less active in the daytime and more active at night were more likely to have depression and bipolar disorder, less likely to describe themselves as happy, and more likely to say they were often lonely.

But we don't know whether this is cause or effect; for example, insomnia leading to increased night-time activity could be either a cause or effect of depression.

The researchers who carried out the study were from the University of Glasgow, the Royal College of Surgeons of Ireland, and the Karolinska Institute in Sweden .

Researchers used data from 91,105 people in the UK Biobank study who'd worn an activity monitor on their wrists for 7 consecutive days from 2013 to 2015.

People who were less active in the day and more active at night were slightly more likely to have had depression or bipolar disorder in their lifetime.

Using the activity monitors, the researchers calculated people's day/night activity levels – a measure that shows the ratio between someone's activity during their 10 most active hours and their 5 least active hours.

This study adds to the evidence that good sleep at night, and activity during the day, is linked to better mental health.

It's also possible that both sleep cycles and mood disorders are caused by another underlying factor we don't know about yet.”